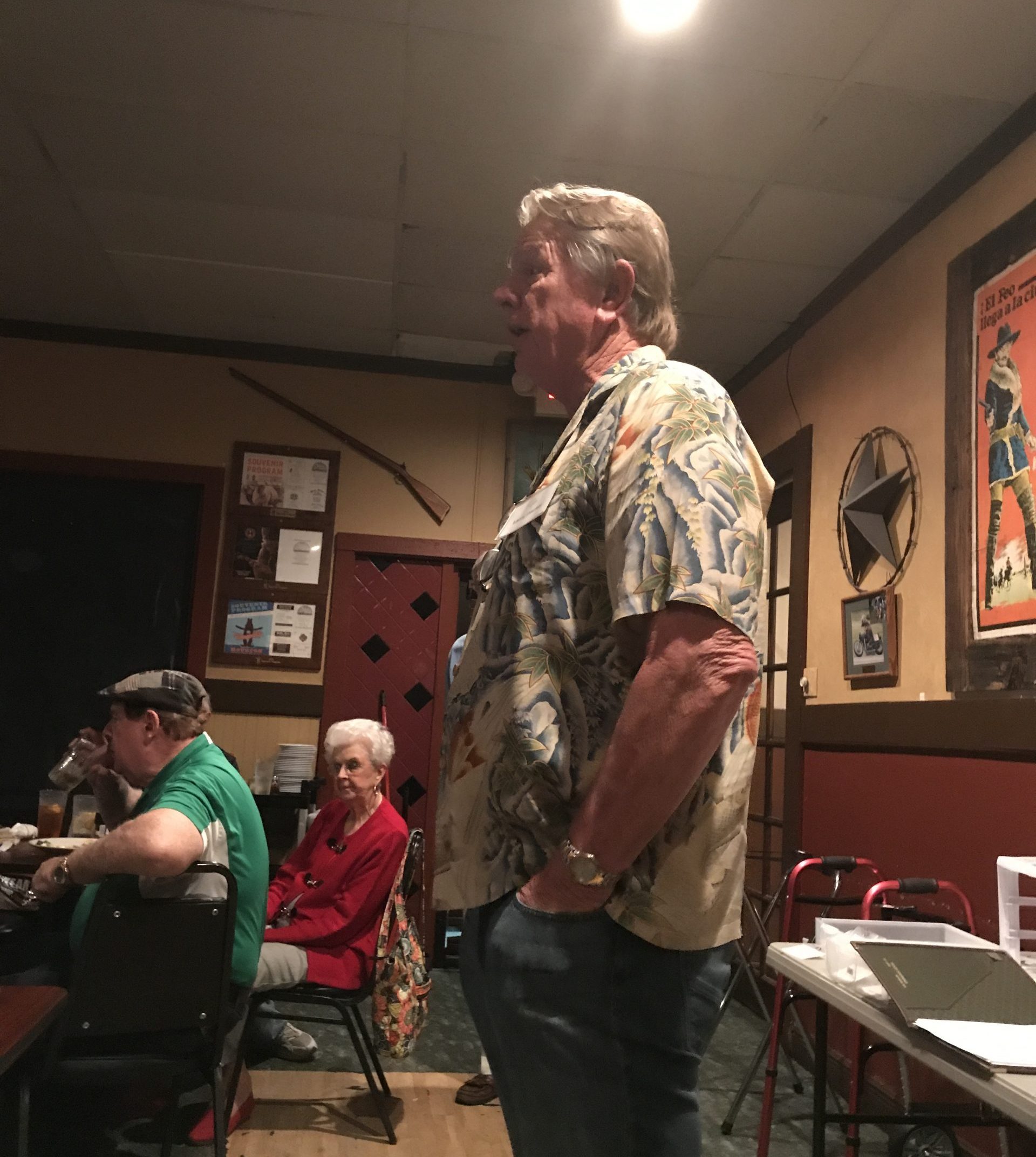 We meet once a month on the third Monday of the month at the Spaghetti Western Restaurant located at 1608 Shepherd Drive just south of I-10 in Houston at 7:00 pm CST. If the Astros are playing a home game that evening, we schedule the meetings for another day usually the Monday before or after.

Please join us in person or via Zoom. Email chapter president Joe Thompson at splendorajoe@gmail.com for details. Check out the recordings of our previous meetings below and subscribe to our chapter Youtube Page!

On Monday, 18 July, members of the Larry Dierker Chapter met both in person and via Zoom.  As President Joe Thompson opened the meeting there was considerable chitchat about the new draftees, the All-Star game participants, and the Annual Conference scheduled for next month. Joe noted also that we have a new member from Latvia! Hooray for Zoom!

Mike McCroskey offered information about attending a Space Cowboys game on Saturday, 6 August, as an alternative to our regular meeting. Mike Capps will speak to us once again; also, those attending will be able to observe the performance of the automatic ball/strike callers that will have been installed.  Note: For those wanting to attend the August event outing at Constellation Field where the Sugar Land Space Cowboys will play the Round Rock Express, members are asked to send a check to Mike McCroskey as soon as possible.

Joe circulated a card to be sent to the family of Gary Schulte, a faithful member who passed away recently. Scott McCay asked that articles for the next edition of the Chapter Newsletter be sent to him as soon as possible. Notice was given also of the SABR Landmarks Baseball virtual launch party plan to launch its project on identifying baseball sites from the past; this will be an online event on Thursday, July 21. The SABR Landmarks Baseball virtual will be their new interactive guide to baseball-related attractions across North America.

The first presenter of the evening was author David Krell. He spoke about how his book 1962: Baseball in America at the time of JFK came to be and how he researched the topic. The book is an intriguing meshing of political, social, and cultural history with the history of baseball during that year. Since he focused on the Astros and the Mets, the book is of great interest to Houston fans. David also recalled his attendance at the 2014 Annual Conference here at which he made the winning bid to throw out the first pitch at an Astros game. With a little help from a few of our members, he took the mound for what he now regards as one of the highlights of his life!

Our second presenter was President Emeritus Bob Dorrill recalling some of the memorable relationships he built during his six years as a Little League coach in Charlotte, North Carolina. He elaborated on his extended contact with two particular players: Dwight Clark who became a highly regarded NFL player and Mark Davidson who played six years in MLB, including a stint with the Astros. Bob has great memories of the young people whom he coached and some very nice memorabilia from them.

Maxwell Kates offered a very challenging trivia quiz focused on baseball history in the state of Maryland, site of this year’s annual Conference, including a trick question at the end. When all the participants had reviewed their answers, Mike McCroskey emerged victorious.

Our September meeting will feature Chris Rawls and his Portable Houston Baseball Museum. It has recently been on display in Richmond, Texas, and will hopefully be exhibited in other locations in the future.